Whether Jesus existed depends on several types of evidence: Christian or biblical record, secular record and/ or archeological evidence. 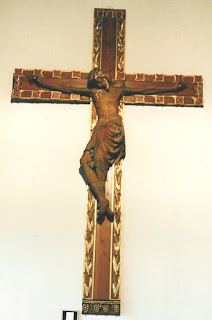 For further information one can go to this link and read the article there.

The article is short, but the main point is that there is more evidence that the New Testament was written or copied earlier and in more copies than for many other ancient books than, for example, Plato's works. Thus, we know that the NT we have is more sure as an ancient book than we are that Plato wrote his dialogues.

Liberal scholars have applied an approach, which involves an evolutionary growth in the "myth" of Jesus, e.g. Rudolph Bultmann.  Miracles are explained away.  Most of these scholars are no longer credible.

Here's an article in the Guardian (a liberal English newspaper) affirming that Jesus lived and died.

If one wants further evidence for the reliability of the New Testament, I suggest FF Bruce, The New Testament Documents: Are they reliable?  It's an older book, but it's still got the evidence.

You can also try New Evidence That Demands a Verdict by Josh McDowell.  It's a compilation of many sources.

The issue is: "Can we trust the New Testament to give us true evidence for Jesus' existence, words and life, and resurrection?" or "Is the NT only a Christian document which is full of myths?"

The main issue is whether we believe miracles (like a resurrection) can occur.  If we do not, then the NT must be full of myths.

Rudolph Bultmann many years ago set out to "demythologize" the New Testament.  He wasn't the first. Thomas Jefferson cut out all the miracles from his paper Bible to have a "pure", rational Bible.

The issue is whether we believe in a God who can do miracles (theistic super-naturalism) or whether we do not.  There are several good reasons or arguments which can be given for the belief that God exists.  I will give them in another blog.
Posted by Phil Gottschalk at 5:32 AM