Those familiar with zombie movies will get the immediate reference of the title.  In the movie, Zombieland, Zombie hunter, Tallahassee, played by Woody Harrelson, says “You gotta do a double tap! If you don’t, they get up and bite ya!”

When shot in the chest with a sawed off shot gun, Zombies may fall to the ground. But if you don’t take the time to put one good blast in their heads, they will rise up and bite you from behind… or in the behind.

Our powder room toilet tank has a push button, which needs a double tap every time you flush.  If you flush just pushing it hard once, the plunger in the tank sticks. Then it continues running just a little bit until the next time you open the lid… to discover it’s still running.  In a country where water is desalinated from sea water, this is tantamount to a grievous sin.  Aside from the theological state of the affair, it’s expensive.  Letting water run is very costly.

We also have a toilet in our bathroom upstairs.  Just before the company, which owned the house when we started to rent it, sold the house to us, they sent a bunch of workmen and painters around to fix and paint things.  A plumber put a new tank above our old toilet.  Too bad for him he dropped the old throne on the tile floor and it broke into a million shards (no joke!).  So, he had to replace the throne too.

The new tank on the bathroom toilet is actually about the cheapest tank you can buy at the hardware store.  It has, though, a two stage push button mechanism.  When you push the front button, the water starts to flush.  If you push the second button, which says STOP, it stops the flow of water, saving water.

We had two German girls, who rented a room from us one year.  They were exchange students.  They seemed to do nothing, but drink and evacuate their bladders.  They were hard on the poor, cheap toilet.  They managed to bang on the flush button so hard and so often, the water ran constantly. The plunger inside just wouldn’t seat and stop the flow of water.

It took me a year to get up the courage to try and fix it.  I managed somehow to turn some screw the right way and go it to actually stop running.  The downside is that it takes a half an hour now to fill…

However, it also still needs a double tap… Sometimes the STOP button gets stuck and then the water… flows endlessly, until someone comes in and notices it.

I won’t do a Žižekian analysis of toilet tanks, as he did of toilet bowls, but we do have German Observation Deck toilets.  So, you can tell if you’re healthy or not (or whether a Zombie got you when you weren’t looking). 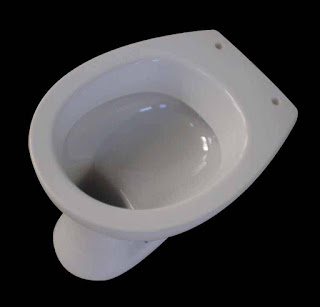 When I was a kid I would visit with my Grandmother Gottschalk, Bertha Jane Gottschalk (nee Simmons).  Grandma was a force of nature.  She was one of the original women’s libbers, though she didn’t know it, I think.  Grandma was a Second Grade Elementary School teacher for 50 years, really I’m not kidding 50 years.

I loved Grandma and Grandma loved me, but she was always fierce.  She has a “look” of disdain and disappointment that could freeze the seven year old heart.

Despite her gruff exterior, she had a heart of gold.  Many of her former students continued to write to her even into her retirement.  They loved her.

Still Grandma was “old school”.  She took no prisoners.  She had a right way for everything.

She was known (I witnessed it) to say to the sports announcer of the New York Mets (of course she was watching TV and talking to the screen), “I taught you better than that! Between you and I! Imagine!”  There was no slang or bad grammar in Grandma’s house.  Our favorite game (at least mine) was some version of Scrabble.

Grandma used to take us to town to shop or to church or to the museum on the “street car” (tram) or by bus.  Before we left she would always say, “Did you go to the bathroom?” Of course, I hadn’t. So, I’d go up the stairs to the bathroom. (Grandma wasn’t having any extra money spent to put in a second powder room on the ground floor.) After I was about half way down the stairs, she would ask, “Did you ‘jiggle’ the handle?” (That is, did I shake the handle of the toilet to make sure the plunger had seated, and the water had stopped running. 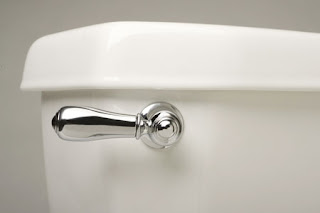 Grandma was both a first wave feminist and a Depression Era survivor.  There was no waste in Grandma’s house.  She was not about to pay for water running pointlessly.  She was also not going to waste money on a plumber, who would come and charge a lot of money, when the result would be that the plunger would still stick.  And so, you had to “jiggle” the handle.

So, “double tapping” the button on our powder room toilet is second nature to me.  It’s part of life.  Old things are quirky and you learn to deal with it.  You humor old things so that they do what they should.

Not that I am an old thing, but I hope that people will “double tap” me… That didn’t come out right. I mean humor me and put up with me.

Posted by Phil Gottschalk at 3:50 AM