A Tale of Two Watches 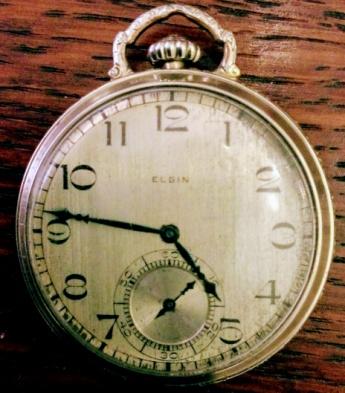 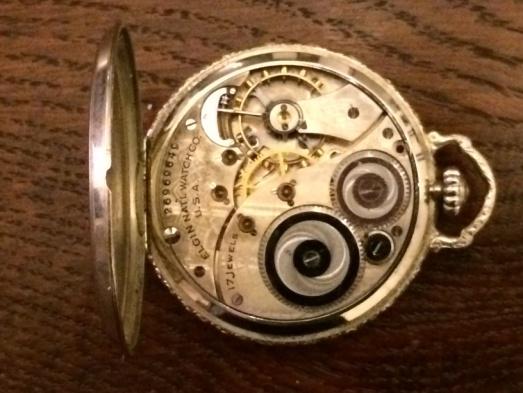 I tried on two continents to get my Grandfather Gottschalk’s pocket watch fixed.  No one in the US would do it. “Buy another one!” No one in the Netherlands would do it, not even the Polish fellow, who works for the watch repair shop in Badhoevedorp.  So, I carried it to Zaporozhye, Ukraine!  My good friend, Vadim Biriukov, helped me find a wonderful watch repair person. 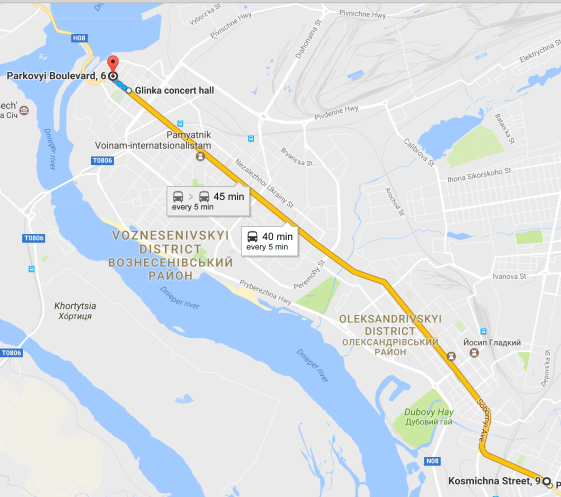 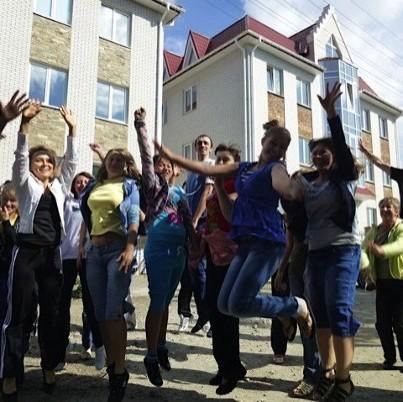 It was like old times!  We trundled down the central boulevard of Zaporozhye in a “marshroutka”, which is a private van running a specific route like a bus. However, it costs about twice as much as the public trolley bus. The avenue was called Lenin Boulevard (Leninskyi Prospekt) when I first went to Zaporozhye.

After about forty minutes of the teeth rattling ride, we had gone from the east of Zaporozhye, the Kosmicheskaia region (Cosmic neighborhood), where the football stadium is, where ZBCS is to the far west end, where the statue of Lenin used to be.

It was such a typical experience of Eastern Europe for me. There was a flashy store of some sort on the corner.  On the side of the building off the main street was another larger shop.  Nestled in between them was a set of double doors painted grey (I think or it could have been green).  The sign was simple two words: Repair of watches.  (In Russian, it’s two words.) There was a second set of double doors inside the first set.

There was just space to stand inside.  There was a counter about chest high with a glass barrier another six inches above it.  The glass barrier was lined with clocks of all sorts.  On the walls behind the counter there were a variety of larger wall clocks.

Also behind the counter was a woman of a certain age.  She had dyed her hair black and it was curled.  She was examining a watch through her jeweler’s eye glass when we entered.  She looked up very businesslike and asked what we needed.  My friend, Vadim, explained the two watches for repair: my old Pobeda wrist watch needed a new stem and my grandfather’s pocket watch. 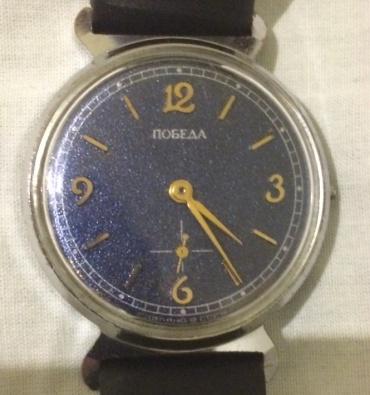 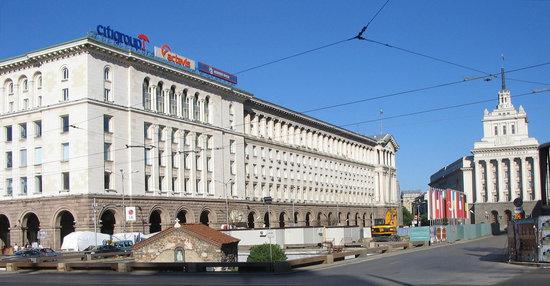 Pobeda means victory in Russian, and this brand was the common man’s watch during the Soviet era.  I bought it in the Centralnii Universalnii Magazin (TZUM) [Central Universal Department store) in Sofia, Bulgaria, back in 1989 or 1990 during the Soviet period).

The pocket watch was given to my Grandfather Gottschalk, when he retired from J&L Steel (I think, Mum correct me if I’m wrong).  The case is steel with his initials JIG engraved on the back.  My father gave the watch to our son, John, because our John’s initials are the same.

My father explained to me that a watch maker in Pittsburgh told him that someone had stolen the 17 jewels from the mechanism, and so was unrepairable.  I never did ask the watch repair woman in Zaporozhye if that was true.

In any event, she looked at the Pobeda wristwatch.  “No problem. 200 Hrynia” (about seven dollars).  She examined the pocket watch.  “Yes, I can fix it, but it will cost more, 380 Hryvnia, and I can’t finish it till Friday.”  Vadim said, “He must have it Thursday afternoon.” (Linda and I were leaving on Friday AM.)  The woman agreed, and we paid a deposit of 300 Hryvnia. (about 12 dollars). I left elated that the pocket watch could be repaired.

Vadim explained to me that this woman had been the head of a watch factory.  However, now the factory was closed.  (Who wants Soviet era wind-up watches?)  Somehow this woman epitomized Eastern Europe for me, and to some degree Ukrainians.  There was fighting, a low-level, never ending war, going on only 250 km away, but she maintained her dignity.  She was an experienced craftsman and she was proud of her work. She was also too proud to take advantage of a foreigner.


So, though I searched on two continents for a repair person, I found her in Zaporozhye!  Now on the next trip I’ll take my father-in-law’s wristwatch!
Posted by Phil Gottschalk at 6:42 AM