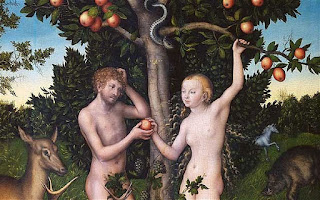 Confirmationism – In theology this mean seeking texts in the Bible, which support your view, rather than to study the texts in the context of the biblical books and culture, in which they were delivered.  It means trying to prove your point, rather than find out what the Bible really says.

A text without a context is a pretext for a proof text.

When we wish to prove a point that we hold we are often tempted to find a few “key” texts, which prove our point of view.  Often we rip these verses completely out of their context.  We, in effect, make them say what we want them to say, rather than allowing them to say what they have to say.

The danger is that texts, which were supposed to transform our lives and hearts, are neutralized or worse are made to serve our purpose and support our unbiblical views.

This sort of proof texting was done in Communist times in Russia using texts of Marx and Lenin.  I recall reading an article on Soviet historiography, where about a page or so was devoted to showing that Marx and Lenin agreed with the author of the article.  It seemed patently absurd to me that Marx and Lenin meant to say any such things from the quotes given, due to my overall knowledge of their works.  After that page or so the author went on to say what he really wanted to say.  This is called esoteric writing.

When people (like this Soviet historiographer or Spinoza, who feared being persecuted for his views,) are afraid, sometimes they use this sort of method to show that they are in line with accepted “truth”.

The sadder use of this approach is to simply use the Bible or a theological text as a grab bag for quotes, which will (out of context), support your argument.  Often texts, which in effect have no context, e.g. Proverbs, can be easily put to this purpose.

For this reason, there is a Reformation principle of biblical interpretation, which states that we must interpret the unclear by the clear.  If we latch onto an unclear passage to prove our point, we must be corrected by the clearer passages.

There is also a sort of confirmationism, which is used in political arguments. When a person wants to show that his viewpoint is correct, he or she goes to the internet and finds an article that agrees with his or her position, and then pastes this link into his or her Facebook page.  By so doing the person has “proven” that their position is correct.

All that that person has shown is that at least one other source which agrees with him or her.  It does not show that the source is trustworthy or correct.

We all know this in theory.  If I post a Fox News piece, I will demonstrate what Fox News says about something, and it may happen to agree with what I think (or feel).  However, it doesn’t mean that Fox News is the ultimate source of truth or is necessarily even trustworthy.

I don’t trust Fox News or CNN or BBC or VOA or many other news sources.  All news media has an editorial stance, a position towards political and other issues.  We all know that CNN is very liberal.  During the War in Yugoslavia we used to call it the Clinton New Network.  We may have a redivus now.

Fox News was started to counter CNN and other more liberal news media, offering more politically conservative views.  However, it would be foolish to assume that Fox News has no editorial policy.

ALL news sources “spin” their stories, i.e. all have an editorial policy, which favors candidates or movements, which support their stated public positions.  We MUST be aware of the biases of ALL news media.

A friend of mine posted an article (from a reputable source – the Washington Post), in which former Democratic Senator Henry Reid admitted that he had stood up on the Senate floor and challenged a fact which was true – whether Mitt Romney, a candidate for president, had paid his taxes, merely because it would derail Romney’s chance of election – and it did.

Politicians and news pundits, spin doctors and campaign managers KNOW that we like to have our suspicions, predilections, hunches confirmed.  They know that we will be moved by rhetoric, which inflames our sense of injustice or agrees with our biases, and so they feed us exactly what they think we want, which will get us to vote for their candidate.

When we read ONLY the same news source or news sources from the same perspective, we do not reach truth.  We reach the “spin” of that particularly news agency or lobby.  We must read several, unrelated sources with as little bias as possible.

If you want to know what’s true, the news media is a poor place to find it.  This is also generally true of trolling the internet.  Internet sources (encyclopedias, professional forums, etc.) are getting better, even Wikipedia is getting better.  But the basic rule of the “Black Box”: “Junk in! Junk out!”, still holds.

We must analyze all sources of knowledge (newspapers, news feeds, videos, radio, TV, etc.).  We cannot simply accept a news article, which says what we like.

I am very tired of reading articles about American politics taken from British news media.  Conservatives in the US like the sound of articles posted in the UK and so post them to Facebook.  In one such case a person in the US posted an article from the Daily Mail (dailymail.co.uk) as if it proved a point about a conservative American policy (I think it was immigration).  The Daily Mail is a right wing, conservative tabloid, which supports UKIP, the anti-immigration, anti-EU party in Britain. It is in no way unbiased.  It is extremely conservative.

Most of us are savvy enough to know that just because something is posted on Facebook doesn’t mean it’s true.  However, when we follow our news feed (which is linked to what we have recently viewed) we will always find like, similar sources.

Before you post find out what the editorial position of the news source you are using is.  Be sure that the source you are citing is a reputable, reasonable source, i.e. one which is better than Harry Reid, at stating truth.  Don’t simply “like” something because it suits you.

Don’t get played!
Posted by Phil Gottschalk at 5:16 AM