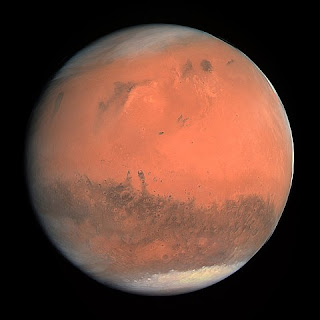 Roger Ebert says 3 of 4 stars due to good science fiction, good use of actors and CGI. IMDB says 3 of 5.

Others hate it. Rotten Tomatoes says only 14%.

What’s wrong with it?

I like “John Carter,” but it also bombed.  My son found a billion reasons why... I still like it, but I don’t think I’ll buy this “Red Planet” movie.

It has a heroine, a beautiful captain in Moss, who is a strong female officer.  It has a copilot full of braggadocio in Benjamin Brett.  It has a goofy and heroic techie in Val Kilmer.  It has an obnoxious and brilliant double doctor in Tom Sizemore.  It has neurotic and unhinged botanist in Simon Baker.  It has Yoda like figure in Terence Stamp.  It has killer CGI in AIMEE, the psycho bot.  It has excellent space ship and other special effects.  So why did it flop?

Was it talk of God between Chantilos and Gallagher?  Was it too slow?  Were there too many issues with verisimilitude?

For instance, when Bowman goes out to rescue Gallagher, she has 5 minutes left and then must launch the space ship or lose her chance to return to earth.  Gallagher is 43 kilometers away.  Somehow her tether reaches that far.  Also, she must go something like 120 km/hr. to make that distance in about 20 minutes and the return trip will also take 20 minutes. That means it would take eight times as long to accomplish this operation than the time she has left before she must launch the ship.  And still they have time to joke and kiss. But many movies have such problems, but we don’t feel them.  “Passengers” has a sort of similar rescue between Aurora Lane and Jim Preston, along with a similar improbable resuscitation.

As I watched “Red Planet” a second time (I get 36 hours rental on Amazon.), I thought, “Wow, the CGI is great and if the space ships are plastic models or CGI they’re great.”  The performances seem good enough.

The one thing which I thought was just bad was the music.  For instance, when Bowman rescues Gallagher there is Brahms symphonic choral type music.  Also, there are times when the music is just too “2001: Space Odyssey.”  I think the music could have been more effective and at times much creepier.

“Ex Machina” is a sort of science fiction / horror film.  It is much more suspenseful.  For some reason “Red Planet” wasn’t as suspenseful as it should have been.  The feeling of the possibility of being trapped in space or dying on Mars wasn’t there somehow.  Perhaps the music was partly to blame.

Everyone blames directors.  I’m sure Hoffman is to blame, but I can’t put my finger on how.

The actors are/ were well-established.  They played roles in many films.  It’s a great cast. The photography is very good.  Shot selection seems good and camera angle, as well as framing of shots.

Moss has an extremely expressive face.  Her mannerisms and behavior seem believable.  Kilmer seems to handle his role well.  Sizemore (despite rumors that he and Kilmer fought on set) seems to give a credible and goofy performance of the know-it-all scientist.

I just can’t put my finger on the problem(s) which made it a dud.  What are your thoughts?
Posted by Phil Gottschalk at 1:03 PM