A fool for Christ, but no man's fool! 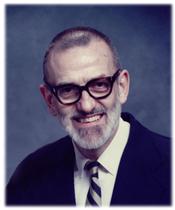 My first brush with philosophical thought was reading Dostoevsky and Tolstoy, as well as other Russian novelists, while I was studying Russian Language and Literature at Penn State.  The Russians love the “eternal questions”.

In the summer before I graduated from Penn State, I read just about all of Francis Schaeffer’s books.  He was my first taste of Christian apologetics.

But my first real taste of philosophical rigor was under the tutelage of Dr. Stuart C. Hackett at Trinity Evangelical Divinity School.  I just saw that Apologetics was required for my Master of Divinity and signed up for his class, knowing nothing about him.

You only had to meet Stu once to either love him or be repelled.  He was at once a ridiculous (I say that kindly) and a magnificent character.  Stu loved to “mug up”.  He would open his brief case and extract with exaggerated care a bamboo back scratcher and luxuriously scratch his back and make a very loud sigh of contentment.  All the while his eyes sparkled beneath and above the Hackettian “rational haircut”: beard and hair all two inches long. He always had a joke or two to start.  Philosophy was too serious not to begin with nonsense.

This exchange below exemplifies Stu’s sense of humor:
During a discussion of Hegel, Küng, and the nature of God:

Dr. Hackett:"If I talk about it, it's because I think it's important, otherwise I wouldn't talk about it...that's except for the nonsense I give out from time to time. It's just an ineradicable aspect of my personhood, if I may put it that way. Well, you know, it's just that I thrive on nonsense."

Student:"But there is, of course, a metaphysical distinction between you and your nonsense."

Dr. Hackett:"Absolutely. It is an accidental quality. However, sometimes I fear it is also invading my essence."
http://www.cheapersunglasses.com/docs/hackettquotes.html
Accessed October 30, 2012

I won’t go on quoting Stu’s silly quotes, but they always had a point.  I urge readers to go to the link above and enjoy!  That would be one of the greatest acts one could do to remember Stu.  Philosophical fun!

If Stu’s exterior was silly (he tended to dress in a rather unconventional way, e.g. orange trousers, a shirt with bell sleeves and a cravat with a gold ring or a bolo tie), he was nonetheless a formidable philosopher of the first rank.

Stu was a philosophical apologist.  He was interested in answering serious, academic philosophical challenges to Christian belief and specifically to theism.

Stu was not everyone’s cup of tea. He was definitely not a Calvinist.  When asked how many of the “Five Points” he held, Stu would say, “I’m a Whisky Calvinist. … I only hold a fifth.” (Perseverance of the Saints, if I recall rightly.)  While Stu was interested in philosophical rigor he was suspicious of answers that were too neat.

For many, though, Stu was an example of evangelical scholarship and excellence in academics.  Stu inspired among others, Dr. William Lane Craig, a well known Christian philosopher and apologist.  Though I do not consider myself to be on the same plane as Bill Craig, I am glad to be able to trace the beginnings of my philosophical career to Stu’s encouragement and thought.

Stu’s original work had been on Mahayana Buddhism and his book Oriental Philosophy is still in print and widely used.  He is recognized for his academic excellence, even outside of evangelical circles.

Once a semester, Stu would invite his students round to his house for an evening of food and fun.  He would pull out his banjo and his guitar and sing both country songs (he loved Johnny Cash) and gospel hymns.  His dog would lie there at his master’s feet content.  Stu would tell his jokes and everyone would have a great time.

As a student in a seminary you sometimes think your professors are akin to the gods on Mt. Olympus. Stu wanted to make sure that we weren’t under any such delusions, but he was nonetheless our professor and a formidable one at that.

While Stu’s thought was anything but easy to understand, as a person he was approachable and warm.  He was a great teacher and mentor.

He asked me if I would stay around and do an MA at TEDS in 1984. I was headed to Communist Yugoslavia to learn Serbo-Croatian and teach at the Eastern European Bible Institute of Greater Europe Mission.  He didn’t object or try to change my mind.  He was a passionate supporter of world missions.

I’m thankful for Stu’s teaching and example.  I’m thankful to for the MA and PhD I got later in Leuven, but I sometimes wish I had stayed around to write an MA with him.  Maybe I could have learned a few new chords!